The Katha Upaniṣad कठोपिनषद् or कठ उपिनषद् (Kaṭhopaniṣad) is one of the mukhya (primary) Upaniṣads, embedded in the Kaṭha school of the Kṛṣṇa Yajurveda.It is also known as Kāṭhaka Upaniṣad, and is listed as number 3 in the Muktika canon of 108 Upaniṣads.

The Kaṭha Upaniṣad consists of two chapters (Adhyāyas), each divided into three sections (Vallis). The first Adhyāya is considered to be of older origin than the second. The Upaniṣad is the story of a little boy, Na-ciketas(who like Socrates ‘did-not claim to know’) – the son of Sage Vājaśravasa. His father desiring the fruits of sacrifice, gave away all his worn out cows as wealth. Out of anger at Naciketas pointing out the inadequacy of his gifts, his father sent him the abode of Yama where he has to wait for three nights without food. When he meets Yama (the deity of death), Naciketas three boons by Yama for his deep sraddhā/faith, one for each of the nights. Their conversation evolves to a discussion of the nature of man, knowledge, Ātman (Soul, Self) and mokṣa (liberation).

The Kaṭhaka Upaniṣad affirms that “Ātman (the Self) is eternal and thus never born nor subject to death”,and teaches the precept “seek Self- knowledge which is Highest Bliss”, and expounds on the unity of Ātman and Brahman, like the other primary Upaniṣads.

In this video  Stephen Thompson, Gabriella Burnel and Linda Thompson, explain some of the key teachings of the Katha Upanisad.

The Revd. Dr Stephen Thompson first experienced the power and beauty of the Sanskrit language through studying Advaita Philosophy at the School of Economic Science  over thirty years ago. This enabled him to study Greek and Hebrew with fresh insights.  After obtaining degrees in Sociology and Theology, Stephen completed a four year degree in Sanskrit at the School of Oriental and African Studies in London, followed by an MPhil and PhD at the Centre for Advanced Sanskrit Studies at the University of Poona. He has translated a major portion of the Mahabhashya of Patanjali into English for the first time, under the guidance of the famous Pandit Bhagavat Shastri.  In recent years he has also been teaching Sanskrit at Middlesex University to BA Ayurveda students.

Gabriella Burnel holds a Sanskrit Degree from Oxford University where had a singing scholarship, and is now continuing study in India, exploring connection between Vedic Chants and Healing. Gabriella teaches both music and Sankrit, and leads regular chanting sessions in UK.

Linda Thompson is a teacher and practitioner of Ayurveda medicine. She is currently researching Eastern philosophy underpinning Ayurvedic treatments, as a PhD student of Philosophy in Malta University. She teaches Ayurveda at the School of Economic Science.

This event was organised by the Chetana Trust and hosted by the School of Economic Science.

Did you miss the lecture by Swami Dayatmananda, and wish you could have heard his pearls of wisdom?

Don’t worry! Here is an audio recording of the lecture for you to listen to at your convenience. Enjoy! 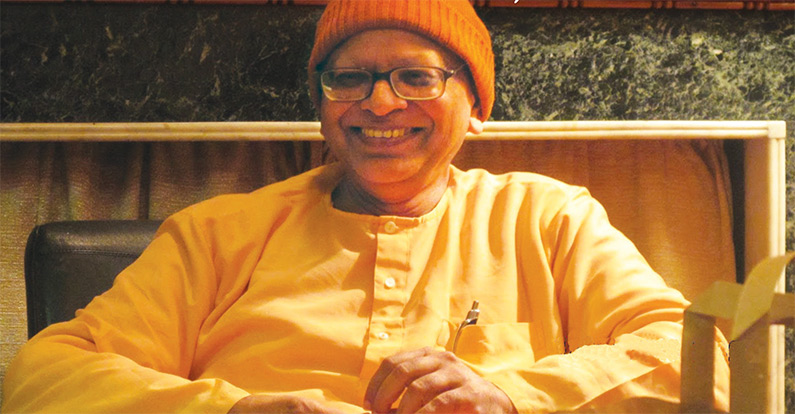 The Annual Vasant Kothari Memorial Lecture – Upanishadic Wisdom: The Himalayas of the Soul

SWAMI DAYATMANANDA a highly distinguished monk and Head of the Ramakrishna Vedanta Centre, has kindly agreed to give a lecture on ‘Upanishadic Wisdom:The Himalayas of the Soul’ at Mandeville Place, after which questions will be most welcome.